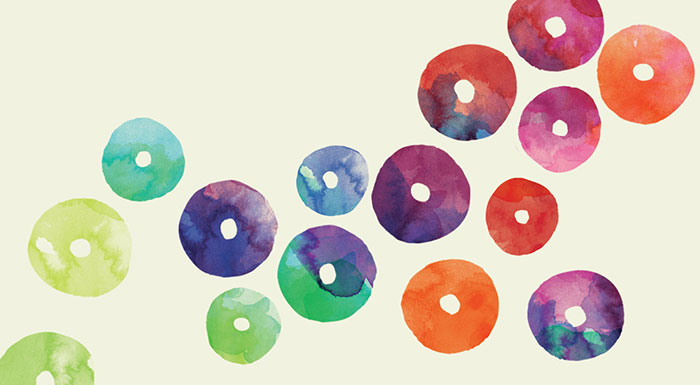 What Resilience Means, and Why It Matters

21st January 2015
MoodComments Off on What Resilience Means, and Why It Matters

A small but intriguing new survey by a pair of British consultants confirms the importance of resilience to business success. Resilience was defined by most as the ability to recover from setbacks,

adapt well to change, and keep going in the face of adversity. But when Sarah Bond and Gillian Shapiro asked 835 employees from public, private, and nonprofit firms in Britain what was happening in their own lives that required them to draw on those reserves, they didn’t point to tragedies like the London Tube bombings, appalling business mistakes, the need to keep up with the inexorably accelerating pace of change, or the challenges of the still-difficult economy — they pointed to their co-workers.

A whopping 75% of them said that the biggest drain on their resilience reserves was “managing difficult people or office politics at work.” That was followed closely by stress brought on by overwork and by having to withstand personal criticism. 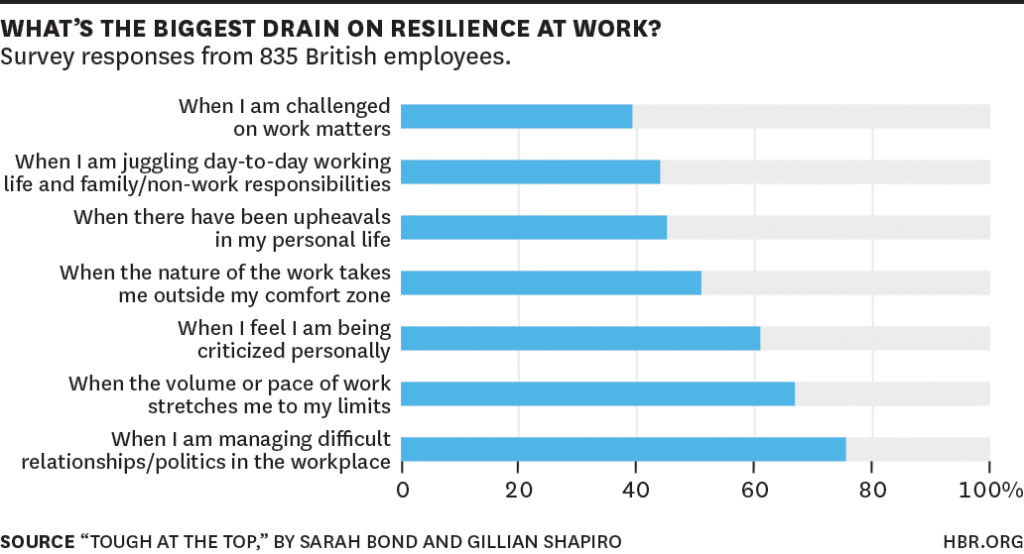 Over the years, authors have offered an astonishingly wide range of advice to HBR’s readers about bouncing back from setbacks, both large and small. In “The CEO’s Second Act,” for instance, David Nadler observes how, after coming into a difficult situation and saving the day, a CEO will often stumble once the immediate crisis is over. Drawing on outstanding research from Boris Groysberg, Andrew McLean, and Nitin Nohria showing that leaders tend to succeed in a new role only when it’s very similar to the one they’ve just left, Nadler suggests four steps executives must take to learn to become successful in a new way: recognition that their long-honed leadership styles will no longer work; acceptance that it was they who failed in the new role and not outside forces that caused the problem; analysis and understanding of the new type of leadership that’s required; and then decisive action in the new mode.

Conversely, in “Firing Back: How Great Leaders Rebound After Career Disasters,” Jeffrey Sonnenfeld and Andrew Ward suggest a more aggressive, ego-centric alternative. From their interviews with 300 derailed leaders, they distill five steps they contend anyone trying to recover from a career catastrophe can use to match or exceed their past accomplishments: decide how to fight back; recruit others to help you emotionally and to land another job; don’t be afraid to criticize the people who let you go; buck yourself up to try again; and find a new mission that renews your passion and creates meaning in your life.

In “The Failure-Tolerant Leader,” Richard Farson and Ralph Keyes argue for essentially sidestepping the need for resilience by creating an environment in which both setbacks and successes are treated as positive learning experiences. Leaders can create a constructive environment by breaking down social and bureaucratic barriers separating them from their followers, engaging at a personal level with the people they lead, openly admitting their own mistakes, and – perhaps surprisingly – avoiding giving out either praise or blame, and instead taking a nonjudgmental, analytical posture as they interact with staff. In “Building Resilience,” University of Pennsylvania psychology professor Martin Seligman similarly argues that businesses can help employees become more resilient. Drawing on insights from a U.S. Army program that helps soldiers bounce back after trauma, Penn’s Resiliency Program teaches students to think positively about setbacks so they don’t learn helplessness.

If you are moved to try that out in your organization, you’ll arguably be in the minority, if respondents to Bond and Shapiro’s survey are representative. When asked where their reserves of resilience came from, fully 90% said “from myself,” a little over 50% said “from my relationships,” and barely 10% said “from my organization.”

That’s a pity, because at the end of the day, the wellsprings of resilience are equally applicable to organizations confronting historic challenges and to individuals confronting the thousand small cuts we may be inflicting on one another every day. As Diane Coutu so eloquently explains in her luminous “How Resilience Works,” “Resilient people possess thee characteristics — a staunch acceptance of reality; a deep belief, often buttressed by strongly held values, that life is meaningful; and an uncanny ability to improvise. You can bounce back from hardship with just one or two of these qualities, but you will only be truly resilient with all three. These three characteristics hold true for resilient organizations as well.…Resilient people and companies face reality with staunchness, make meaning of hardship instead of crying out in despair, and improvise solutions from thin air. Others do not.”

Andrea Ovans is a senior editor at Harvard Business Review.